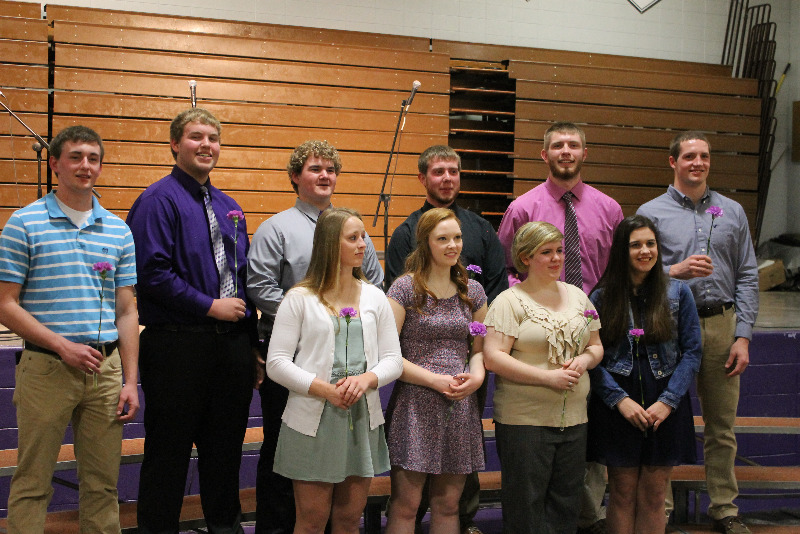 The 2016 Pops Concert was presented on March 22. The evening started with the Stanton Showstoppers with a wonderful show featuring Alexis Stoakes singing in Treasure by Burno Mars, You're the One That I Want, Only Hope, featuring Jody Vanderholm, followed by Wanna Be Startin" Somethin'.

The Junior Choir performed next with I'm Not the Only One and We GO Together.

Next the Bass Clef Chorus sang My Girl.

To close the night, we were entertained by the Mixed Chorus which sang Breakaway, To Make You Feel My Love, Pompeii and Don't Stop Believin' with soloists Josh Mace, Skotyi McNamara and Austin Houston. 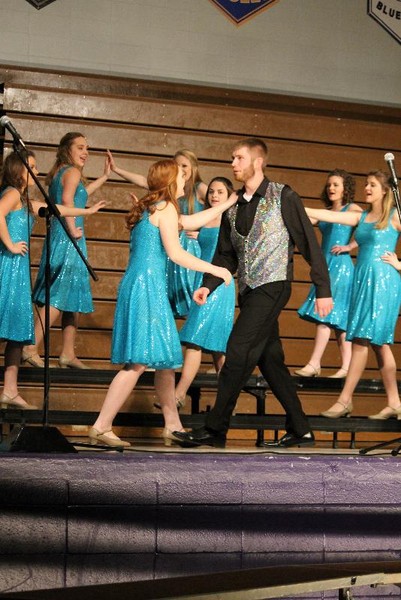 Mr. Mennenoh recognized his 10 senior choir members and presented each with a carnation.

Congratulations to everyone involved tonight, you all did an Awesome Job!