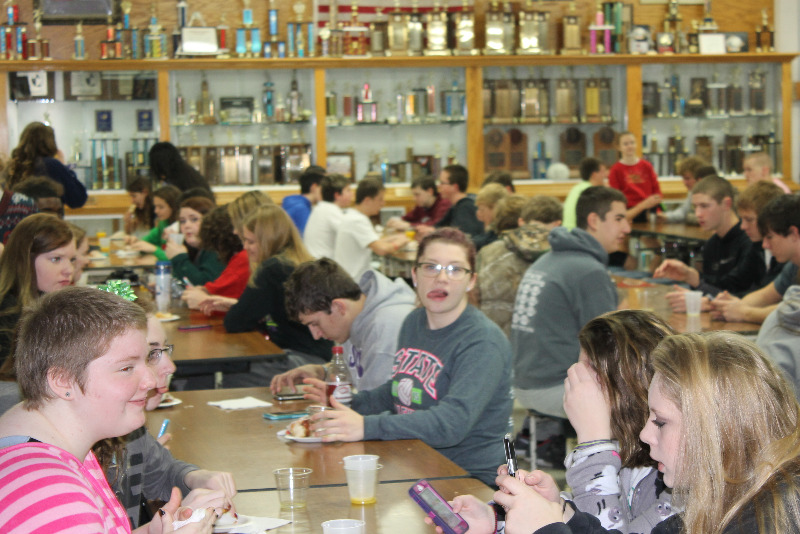 Student Council was in charge of the annual Christmas Party Day! They started out the week with a fundraiser, each staff member had a bucket in the office that you could donate money to. The winning staff member would be taped to the wall on Tuesday, December 22, party day! You could also buy strips of duct tape that would help to tape the winner to the wall. Mr. Blunt turned out to be the winner. There was also a door decorating contest throughout the week, the winning class would be able to choose one person for a pie in the face. The sophomores won this contest and chose Ms Warner for their victim. Party day started with cinnamon rolls and juice served to all 6-12 grade students and staff. Many events were to follow. There was dodgeball in the gym, the movie Elf played in the community room of the Viking Center, and there were several different games to be played in the gym over there. Dodgeball consisted of several teams, with some of the staff creating their own team. The winning dodgeball team would be able to pick 1 person who would get a pie in the face, there would be 2 pie in the face winners. One from the junior high level and one from the high school level. The staff came away the winner of both rounds, their choice for junior high was Tyler Peterson and high school, Vivian Baucom. Both were very good sports and seemed to enjoy the nomination. The day ended with candy bars handed out to each of the students as they left for Christmas break. 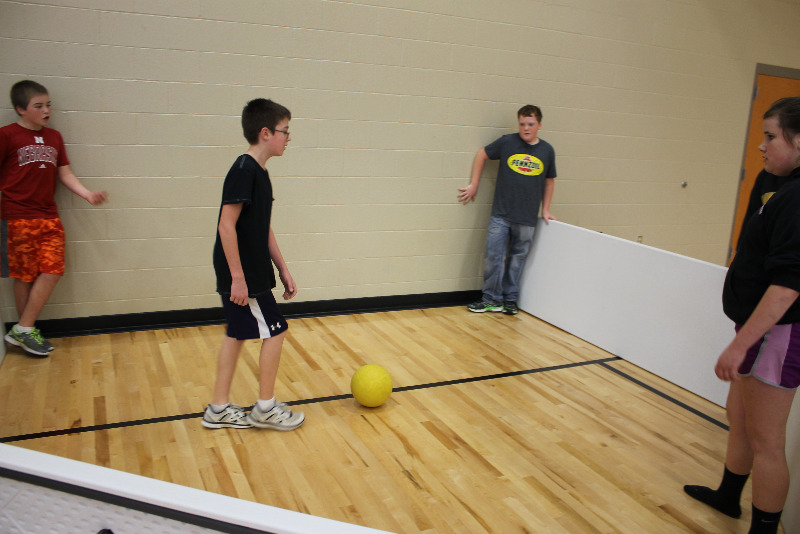 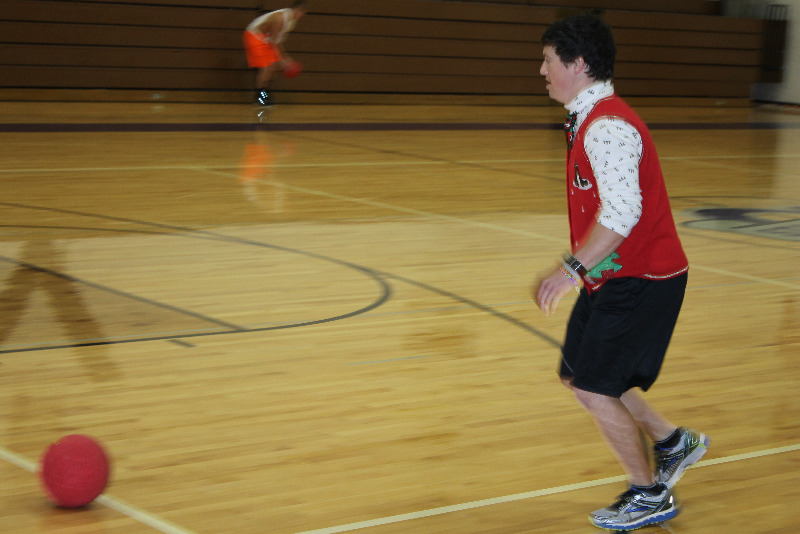